We are entering a period of Constitutional crisis in the United States: Partisan gridlock, fake news, loss of faith in our elections, elite money dominating the enactment of laws, rage radio, etc. All of these are likely to get worse because our Founders, who wrote the Constitution in the 18th century, could not have anticipated our 21st century situation. They set up a structure based 18th century reality where everyone was independent. The structure is based on competition and the ideas of the enlightenment. But two centuries later we are finding a lack of collective intelligence. This requires creativity and collaboration, which is almost outlawed in our politics.

The Wise Democracy strategy is a simple, safe fix to most all the problems we face because it adds the missing thinking process. Currently there is no collective thinking, just a competition among special interests, which is often a stalemate. Many people recognize that America needs fixing. And they have adopted a solution strategy. Below is a chart to illustrate some of those strategies. And to compare it with the Wisdom Council Process. 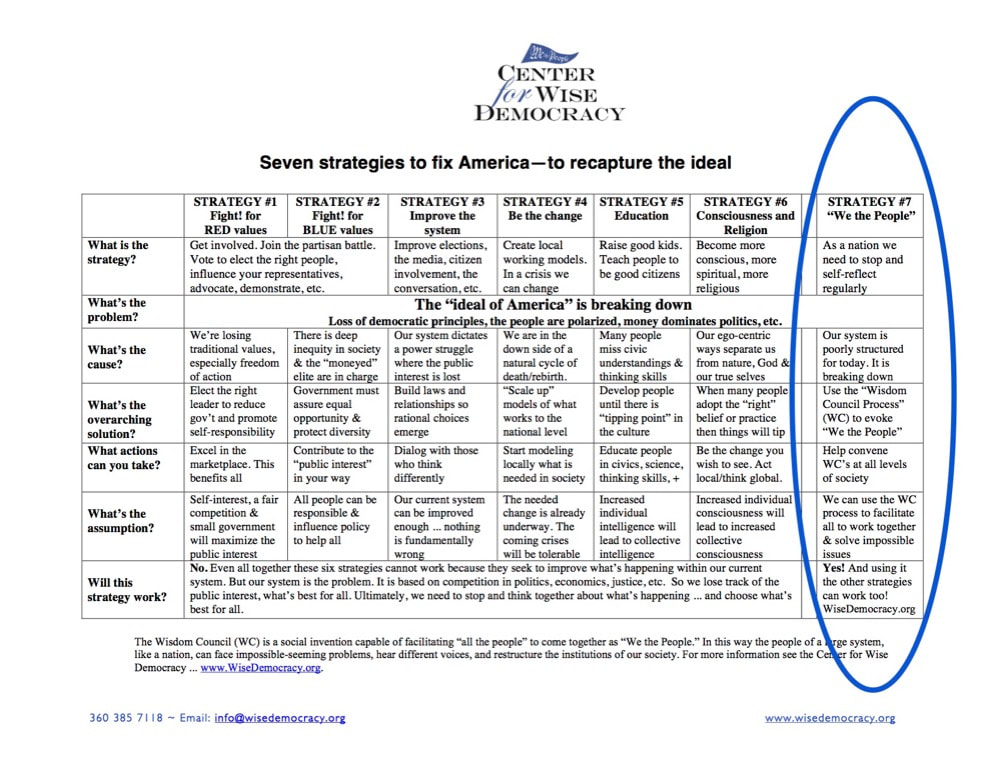 Center for Wise Democracy ... how you can help